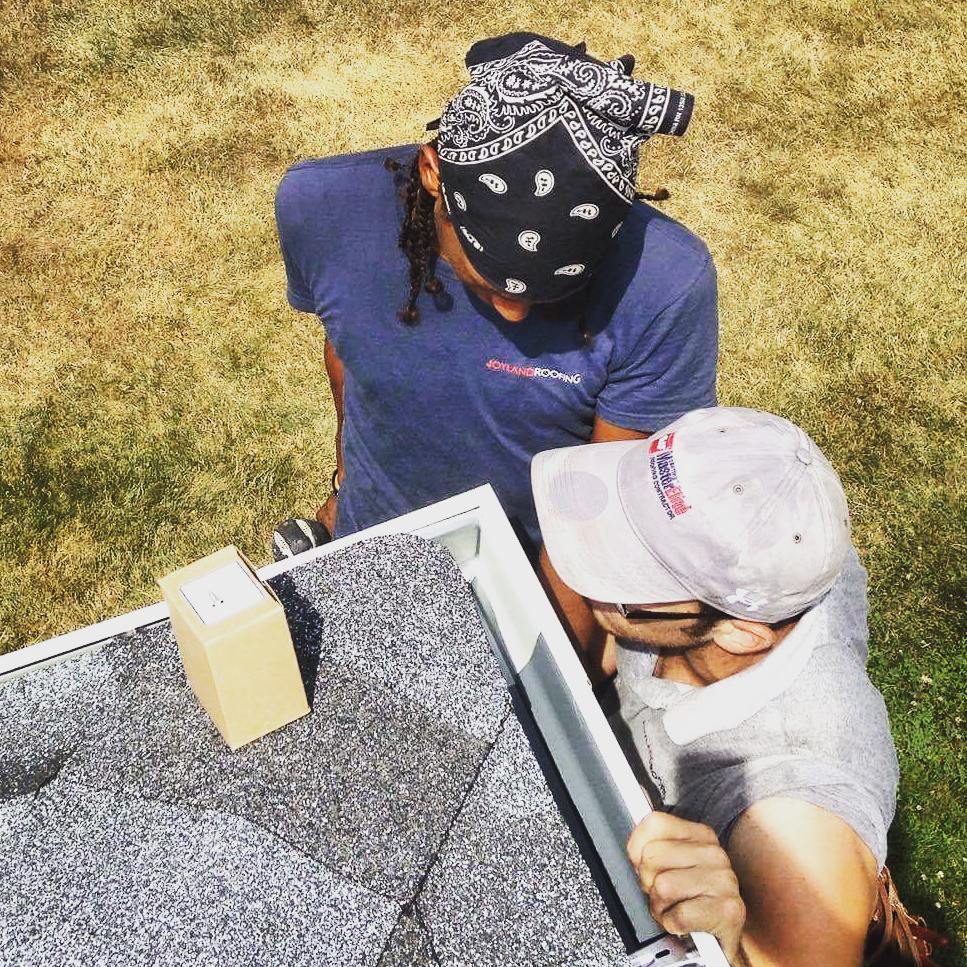 At Joyland Roofing, we have a set of beliefs that guide how we run our business and how we work every day. One of those beliefs is:

To lead well is to serve extraordinarily well

This means a few things.

You’ve heard it said a thousand times, but we work hard to put it into practice. This means that leaders, from the president of the company to the individual foremen, need to be more concerned with those around them than themselves. It means leadership isn’t just a privilege, it’s a responsibility.

People might obey an egomaniac, but they’ll be inspired by a servant. A good leader lifts people up. A good leader remembers life in the trenches and respects everyone. A good leader ultimately knows that a position of authority is an opportunity to make things better for more people.

It’s not just that people in leadership positions need to be servants. We believe that anyone, no matter their position, leads when they serve the people around them. Serving changes the tone of a place. It equips the people around you to do their best. It shows that you’re someone trustworthy and reliable. These are all ways of leading. In a very real way, any member of the team serving the people around them reshapes the atmosphere of the workplace into a more positive, giving place.

We don’t give people leadership roles and then expect them to start behaving like a leader. We hope everyone here leads in their own way, by using their gifts to serve the people around them.

Some people have more effect on the people around them than others, it’s true. But it’s also true that every one of us leads people by example. We create expectations for what’s normal, and we set a tone, just by being ourselves. And leadership isn’t always positive. When we act selfishly or dishonestly, we’re still leading by example. When we act like servants, with integrity, we’re leading positively.

We believe everyone has something to contribute, and we work hard to recruit people who will lead us all to be better people.

Take the task that nobody wants. Ask somebody how their day is going. Break your routine to reach out to someone. Be open about something you’re trying to improve in.

Ultimately, remember that good leadership isn’t about positioning yourself higher than others. It’s about using whatever position you have to lift others up.